Months after warning signs emerged about problems with the water in Flint, Mich., city, state and federal officials are responding to the public health emergency. High levels of lead had leached from pipes into the water supply.

The city switches its water supply from Detroit’s system to the Flint River. The switch was made as a cost-saving measure for the struggling, majority-black city. Soon after, residents begin to complain about the water’s color, taste and odor, and to report rashes and concerns about bacteria.

“Flint water is safe to drink.” 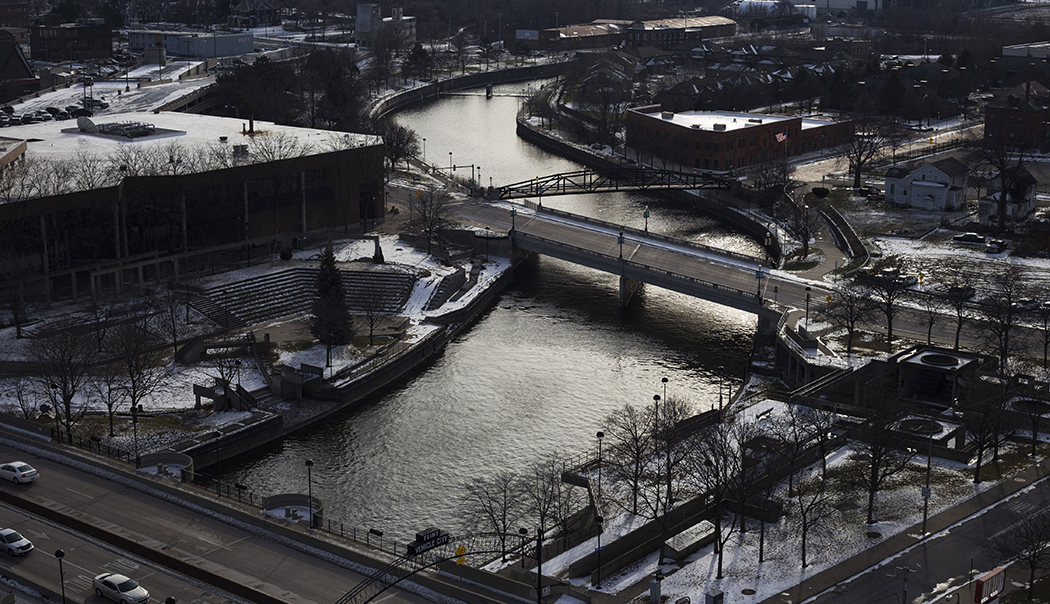 The Flint River, above, became Flint’s source of water in April 2014. Brittany Greeson for The New York Times

“The city has taken operational steps to limit the potential for a boil-water advisory to re-occur.”

Stephen Busch, a district supervisor for the state’s Department of Environmental Quality

In a memo for the governor, officials play down problems and say that the water is not an imminent “threat to public health.”

“It’s clear the nature of the threat was communicated poorly. It’s also clear that folks in Flint are concerned about other aspects of their water — taste, smell and color being among the top complaints.”

~Memo for the governor

104 parts per billion of lead are detected in drinking water at the home of Lee Anne Walters. Ms. Walters notifies the Environmental Protection Agency. Even small amounts of lead can cause lasting health and developmental problems in children. The E.P.A. does not require action until levels reach 15 parts per billion, but public health scientists say there is no safe level for lead in water.

A water expert from the E.P.A. and the Department of Environmental Quality discuss high levels of lead found in a resident’s water sample.

Miguel Del Toral, an E.P.A. expert, says that the state was testing the water in a way that could profoundly understate the lead levels.

“Given the very high lead levels found at one home and the preflushing happening in Flint, I’m worried that the whole town may have much higher lead levels than the compliance results indicated.”

Memo from Miguel Del Toral to a state aide

Veolia, a consultant group hired by Flint, reports that the city’s water meets state and federal standards; it does not report specifically on lead levels.

An E.P.A. administrator tells Flint’s mayor that “it would be premature to draw any conclusions” based on a leaked internal E.P.A. memo regarding lead.

Dennis Muchmore, Gov. Rick Snyder’s chief of staff, expresses concern about the lead issue in an email, and asks about Flint test results, blood testing and the state’s response. 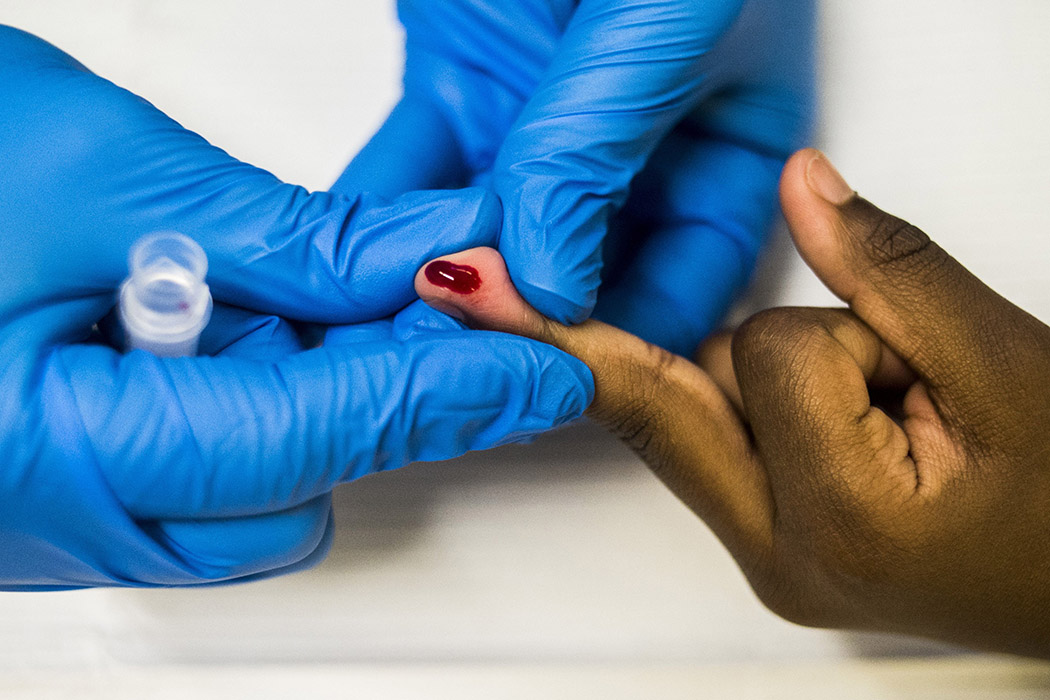 A 6-year-old girl in Flint gets her blood tested for lead in January 2016. Jake May/The Flint Journal-MLive.com, via Associated Press

Based on results showing lead levels at 11 parts per billion from January to June 2015, the Department of Environmental Quality tells Flint to optimize corrosion control.

Marc Edwards, an expert on municipal water quality and professor at Virginia Tech, reports that corrosiveness of water is causing lead to leach into the supply. Soon after, the Department of Environmental Quality disputes those conclusions.

A group of doctors led by Dr. Mona Hanna-Attisha of Hurley Medical Center in Flint urges the city to stop using the Flint River for water after finding high levels of lead in the blood of children. State regulators insist the water is safe.

“D.E.Q. and D.C.H. feel that some in Flint are taking the very sensitive issue of children’s exposure to lead and trying to turn it into a political football claiming the departments are underestimating the impacts on the populations and particularly trying to shift responsibility to the state.”

Mr. Muchmore in an email, referring to the departments of environmental quality and community health

The governor is briefed on lead problems in a phone call with the state environment department and federal officials.

Flint reconnects to Detroit’s water. Residents are advised not to use unfiltered tap water for drinking, cooking or bathing. 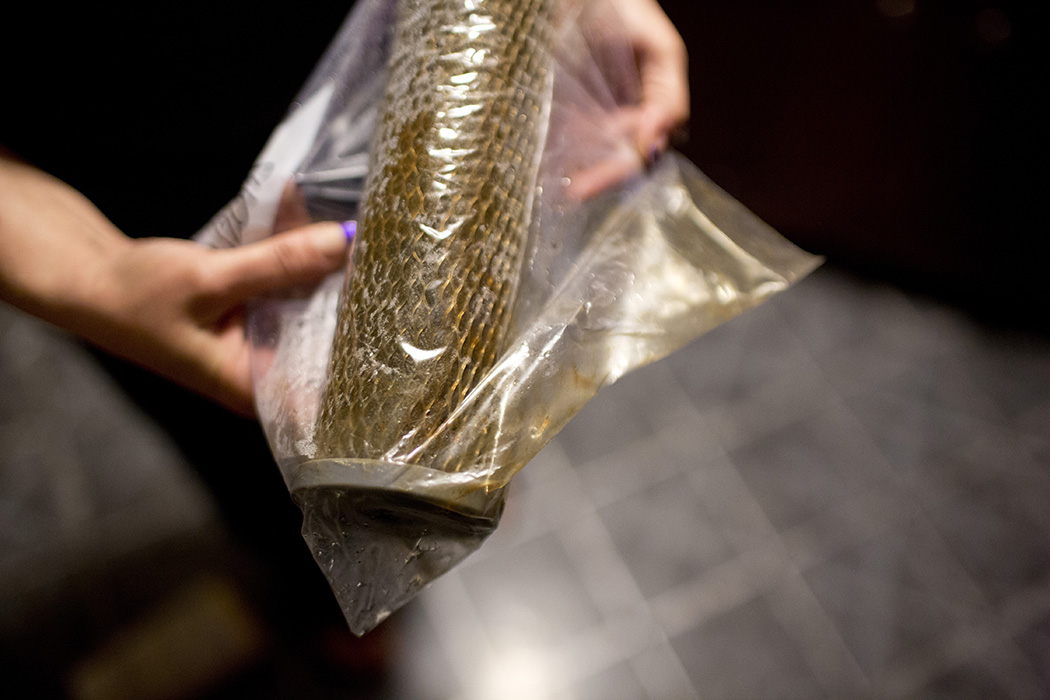 A filter that showed signs of corrosion and lead and copper particles. Laura McDermott for The New York Times

Mr. Snyder announces that an independent advisory task force will review water use and testing in Flint.

The task force says the Department of Environmental Quality must be held accountable. Mr. Wyant, the director of the state environment agency, resigns.

“We believe the primary responsibility for what happened in Flint rests with the Michigan Department of Environmental Quality.”

Mr. Snyder declares a state of emergency for Genesee County, which includes Flint.

President Obama declares a state of emergency in the city and surrounding county, allowing the Federal Emergency Management Agency to provide up to $5 million in aid. 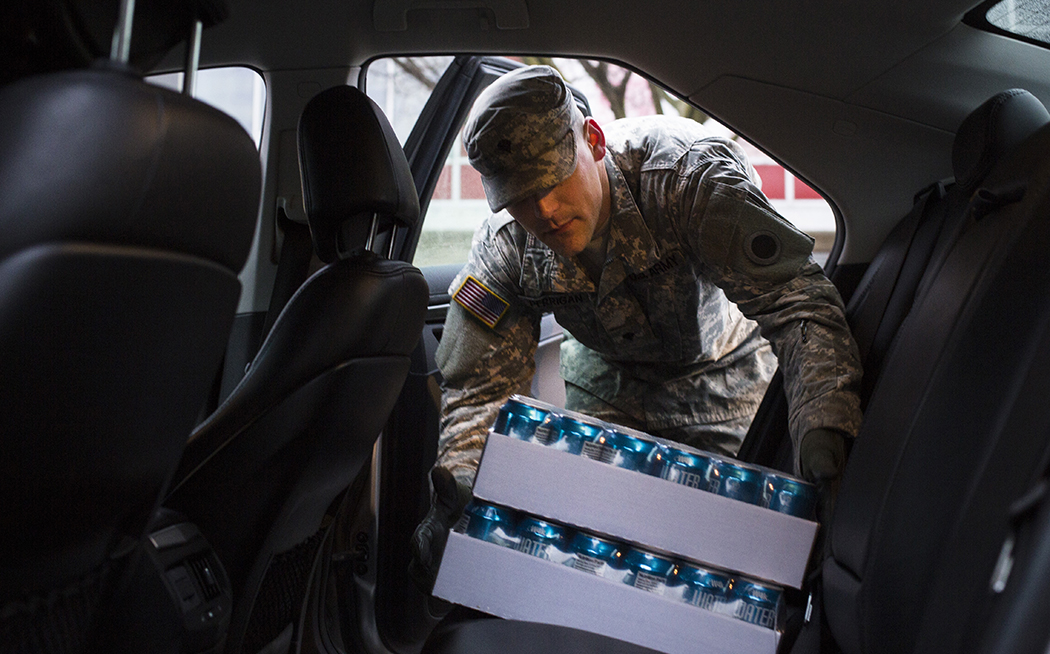 President Obama says he “would be beside myself” if he were a parent in the city. The Michigan House approves $28 million requested by the governor to assist the city.